A herbal remedy for colds and flu

Echinaforce® is a clinically proven, herbal product that helps prevent and treat colds, flu, and upper respiratory tract infections. It also helps prevent the complications of colds and flu. Used daily, it offers year-round immune system support for the family. Echinaforce® is the most researched echinacea remedy in the world.

Over 25 years of research across 3 continents and in conjunction with leading research institutes has proven that Echinaforce® helps to regulate the immune system.

Adults & children over 12 years: 20 drops daily in a little water or two tablets daily with water.

Children 4 - 12 years: 10 drops daily in a little water or one tablet daily with water. Or one Echinaforce Junior chewable tablet daily.

Adults & children over 12 years: 20 drops in a little water or two tablets, 5 times daily before meals.

Children 4 - 12 years: 10 drops in a little water or one tablet, 5 times daily before meals. Or one Echinaforce Junior chewable tablet 5 times daily.

How does Echinaforce® work?

Echinaforce® helps maintain the body's resistance to colds and flu, significantly reducing the risk of getting sick. It works on two fronts to prevent infection. First, it stops the virus from penetrating the body's cells and helps prevent replication of the virus. Secondly, it has been proven to directly kill invading viruses.

If you do contract a cold, flu or upper respiratory tract infection, Echinaforce® has been clinically proven to reduce the severity of symptoms and duration of illness so you recover faster and don't need to use other analgesic medications such as painkillers. Find out if you have a cold or the flu.

The most recent research has shown Echinaforce® significantly reduces the risk of complications such as sinusitis, tonsillitis, ear infections, bronchitis and pneumonia. It's these complications that often result in the need for antibiotic treatment. This effect is particularly beneficial to those who are more susceptible to complications such as young children, the elderly, smokers, people under a lot of stress and people with weaker immune systems.

How is Echinaforce® made?

Echinaforce® is produced in Switzerland using extracts of freshly harvested, organically grown Echinacea purpurea herb and root, picked fresh and used within 24 hours of harvest. The benefit of using freshly harvested Echinacea has been demonstrated in research - extracts produced from fresh plants contain almost 3 times more active substances - called alkylamides - compared with those obtained from equivalent amounts of dried herb. After Echinaforce® is administered, alkylamides can be detected in the blood within minutes.

Which do you prefer, drops or tablets?

There is also a 3x stronger Echinaforce® Forte tablet which is ideal for people under a lot of stress, athletes, smokers and those who are more susceptible to catching colds or flu.

Do not use Echinaforce® Echinacea Drops or Tablets if you are:

Individuals who suffer from any form of autoimmune disease must pleae consult their healthcare practitioner before using this product.

1. How often should I take Echinaforce® to prevent a cold or flu?

To help prevent colds and flu you can take just two tablets daily, or 20 drops once a day in a little water.

2. Can I take Echinaforce® if I've had the flu vaccine?

There are no contraindications to the use of Echinaforce® either before or after the flu vaccination. Even if you've had the flu vaccine, it's still advisable to use Echinaforce daily because the vaccine does not protect you from cold viruses. Most winter infections are due to colds.

It can sometimes be difficult to tell. Flu (or influenza) produces similar symptoms to the common cold but these are usually more severe. In addition, you may experience fever, sweats and muscle aches.

4. I already have a cold /flu / sore throat...is it too late for me to start using Echinaforce®?

5. Is Echinaforce® safe for all ages?

Echinaforce is safe and recommended daily for the whole family from the age of 2 years.

6. Is there anyone who shouldn't take Echinaforce®?

Echinaforce® should not be taken by those with any allergy to Echinacea, or the Asteraceae (daisy) plant family - allergy displays itself through an itchy rash. Patients who suffer from any form of auto-immune disease or those on immuno-suppressant medication must please consult their healthcare practitioner before using Echinaforce®.

7. Can I take Echinaforce® during my pregnancy?

Yes you can, this was confirmed by a Canadian study and, more recently by a Norwegian cohort study which confirmed no increased risk of malformation or adverse pregnancy outcomes after the use of Echinacea during pregnancy.

8. Can I take Echinaforce® if I am on chronic medicines?

Yes. No contra-indications have been detected between Echinaforce® and other medicines, including blood thinning agents.

9. Can I take Echinaforce® long term?

10. Can I purchase Echinaforce® on my medical aid?

Yes, Echinaforce® is NAPPI coded in South Africa which means you can purchase it through your medical aid if you have the facility to purchase Over The Counter medicines on your chosen medical aid plan, or if it is prescribed by your doctor.

What's the difference between colds and flu?

Many symptoms are similar, such as a sore throat and coughing, but there are several differences that help distinguish between a cold and flu. While many people will say they have flu, the fact is most winter infections are due to the cold virus and these infections usually clear up within a week to ten days.

Find out the difference between colds & flu.

Over 200 viruses can cause the common cold. 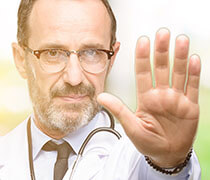 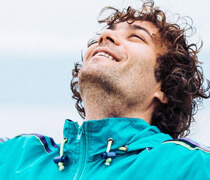